After three years as a Dietitian in the kitchen of a hospital, I wanted to tell you about my experience in this field of Collective Catering, one of the exits of the profession (if not the only one currently). There have been many people who have asked me: “but what exactly do you do in the hospital if it is not to be on the floor visiting patients?” I believe that the answer to this question can also be used for future colleagues whoyou are going to join the world of work (have hope despite the times). You will see that I have not specified the figure of the DN since for this job exactly a “Specialist in dietetics and nutrition in catering (BUP or equivalent plus 2 years of specialization)” is required , at least according to the Balearic hospitality agreement. Yes, so far, it is not necessary in Collective Restoration the presence of a DN; the post of collective dietitian can be filled with a Senior Technician in Dietetics(Be careful, I am not the typical DN who underestimates their skills, on the contrary, they should go hand in hand with the DN). Hopefully, in a short time, all public hospitals will have at least one DN in the food service, not to mention the need for our figure on the floor (at the same time I mean, the need also for the DN at the bedside).

Let us remember the competences in this field:

The dietitian in collective catering participates in the management and organization, and ensures the quality and wholesomeness of the food throughout the production process. It trains food service personnel in food safety, plans menus and assesses the nutritional balance of the food offer.

As I mentioned in my other post in Tell me what you eat about “Do you know who guides your diet in a hospital? Everyone except me ” , our role in the kitchen is mainly to supervise the plating without making mistakes. You better not miss anything; poor you how you receive a nursing call even if it was because you forgot a cutlery, you put a lemon yogurt and it only likes strawberry or there is a thorn in the fish (how strange if everyone knows that fish they are born already shaved and wand-shaped).

Another of our functions is “menu planning”. I put it in quotation marks because currently, in most hospitals, the kitchen service is outsourced, that is, it is run by catering companies, either with staff who cook on site, or bringing food from a central kitchen that is later regenerates. In the latter case, the hospital’s dietetic service has little control over the menus since 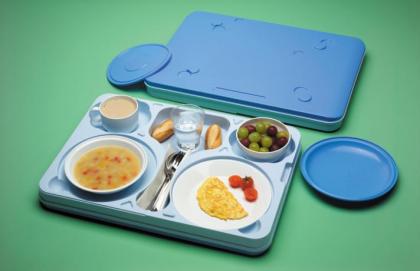 Much that you have planned some magnificent menus and they are hung in the office and in the kitchen, what they serve you from the central kitchen is what they have in stock at that moment. For example, dish of the day “chard with potatoes”, they serve you the leaves with potato and the justification they give you is because the chard is expensive (excuse me? When you have also been the one who has squared the budget of the menu and you have done all the technical data sheets of the dishes). Not to mention the grammages of meat and fish; You can run the day that you get chicken thighs on the menu, because they have served us some 70g portions, we go as if it were a chicken wing. I have to say that despite all these irregularities we always try to make sure the patient is not served, but sometimes there is no possible alternative. For this reason, you will receive enough complaints and claims that the only thing that will be in your hands is to kindly apologize and pass the claim on to your boss. You are going to see claims of all kinds,

“The reason for the claim is the lack of control in their diet; a season has passed with decomposition, due to the amount of antibiotics that have been administered. During this period, the soft diet has not been astringent, every day they gave him applesauce (which is laxative), chamomile and linden, soup of broth and fish. It has finished with the intestinal flora, almost disappeared. In the end, I had to give him rice grits, artichokes and bifidus that I brought him from home. At the moment, she is constipated and now they sometimes bring her tea for snacks and cookies from the kitchen. The kiwis for dessert are green and the fish usually has potatoes as a complement, would it be possible to adjust the diet with common sense and according to your needs? There is no tomato or salad in their diet, why? “ 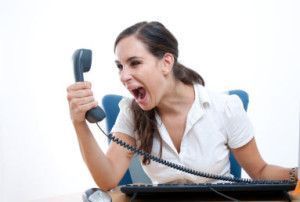 Where do I begin? This claim would be to add to Lucia’s post on “Adventures and misadventures of a hospital dietitian”. Now it turns out that apple is laxative and artichokes are astringent, or how could we have missed giving her a yogurt with bifidus, sure that her intestinal flora would have been intact. The worst thing about this whole situation is that the claim has first passed through the hands of the nursing staff, they have given their approval and, as the kitchen service does not belong to the hospital, they have passed the duck to us. Surely if the kitchen had belonged to the hospital, the infirmary would have come forward, because to guide the diet to the patient if they are trained but to argue this, right? I say that for that they have studied a subject in the career that gives them the functions of the DN or am I wrong?

Leaving aside the intrusion of other health professionals, sorry, I wanted to say the interaction with the plant staff to resolve requests and inter-consultations, in fact, the range of functions that the DN of collective catering includes, are many. In addition to checking that each tray is correctly and being the last person in charge, together with the planning of menus and their derivations (adaptations of the menu to different pathologies and many times, to the tastes of the patient), we take care of controlling the preparations in the kitchen, giving support to the production team and specific preparation instructions when necessary (don’t forget that your best ally will always be the kitchen staff); count each of the dishes and special diets for their preparation in the kitchen, in addition to the sanitary control of culinary preparations (HACCP system), that is, controlling the temperature and taking samples of each of the preparations. Also, you can take on administrative and personnel management tasks, yes, if it can be without remuneration.

Despite the fact that we are considered in this field hospitality personnel more than healthcare personnel, let us not forget that we are the only healthcare professional specifically trained to assess the nutritional and nutritional status of the patient and our small criteria, although it is not reflected in the harsh reality , notably influences the quality of patient care.

We are here because we have been invited. And very grateful.

Who works and who does not in the field of nutrition in Spain?

Why study Human Nutrition and Diet?

View all posts by admin →